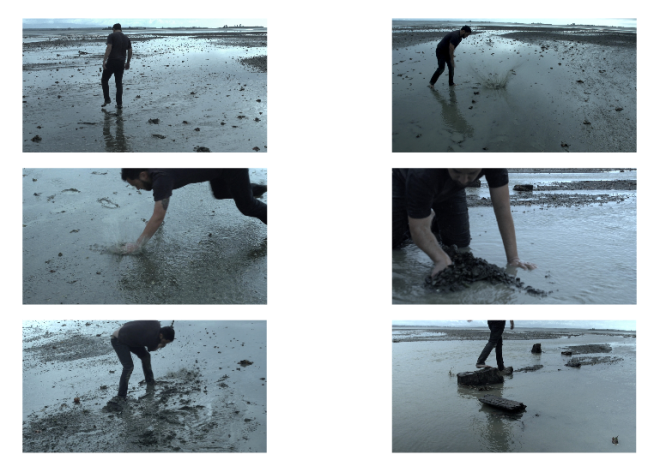 ‘To the Wonder’ looks like no other film— almost every shot features a wandering,floating, probing, tilting camera. Its attention to light is unique, and Malick’s way with his story is equally distinctive. Most of the moments in the film are interstitial; the story is conjured and suggested rather than shown, and the emotions are evoked and induced rather than performed.2

I was reading Eleanor Catton’s novel The Luminaries (2013) when asked to write this text. I was engrossed by the intertwined stories set at the beginning of the 20th century and unfolding on the backdrop of the gold mining town of Hokitika. When reading the beautiful description of the west coast of the South Island of New Zealand executed by the Māori character Te Rau Tauwhare, I couldn’t help wonder if that was the same landscape that appeared in front of Rā kaihautū’s eyes:
He [Te Rau Tauwhare] had travelled every inch of the west coast, on foot, by cart, on horseback, and by canoe. He could picture the entire length of it, as though upon a richly illustrated map: in the far North, Mohikinui and Karamera, where the mosses were fat and damp, where the leaves were waxy, where the bush was an earthy-smelling tangle, where the Nikau fronds, shed from the trunks of the palms, lay upon the ground as huge and heavy as flukes of whales: […] then the cradled lakes: the silent valleys, thick with green: then the twisting flanks of the glaciers, rippled blue and grey: then the comb of the high Alps: […] Beyond it, Tauwhare knew, lay the deep waterways of the southern fjords, where the sun set early behind the sudden peaks, so that the water took on the blackened look of tarnished silver, and the shadows pooled like oil. 3
In Catton’s fictional Hokitika, the characters have different reasons for being there and, for the most part, come from other parts of the world, contributing to the complex history of the region. In 2014, New Zealand is still a bit like that: I have already spoken of my Italian origins; Te Ao was born in Sydney to an Australian mother and a New Zealand father of Ngati Tū wharetoa descent. In a sense perhaps, we all follow in the footsteps of Rākaihautū– explorers of these beautiful lands.
Caterina Riva, 2014

My lakes, my mountains from Shannon Te Ao,  I can press my face up against the glass, The Physics Room, NZ